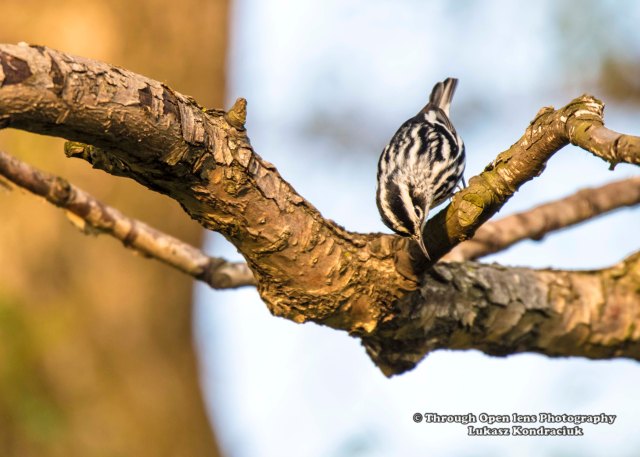 A couple of hunters are out in the woods when one of them falls to the ground. He doesn’t seem to be breathing, his eyes are rolled back in his head. The other guy whips out his cell phone and calls the emergency services. He gasps to the operator: “My friend is dead! What can I do?”

The operator, in a calm soothing voice says: “Just take it easy. I can help. First, let’s make sure he’s dead.” There is a silence, then a shot is heard.

The guy’s voice comes back on the line. He says: “OK, now what?“

Interesting Fact: As warblers go, Black-and-white Warblers are combative: they’ll attack and fight with other species that enter their territory, including Black-capped Chickadees, Red-breasted Nuthatches, and American Redstarts. This aggressive behavior extends to the wintering grounds, where they defend territories and when feeding in mixed flocks will drive other Black-and-white Warblers away. ( https://www.allaboutbirds.org/guide/Black-and-white_Warbler/lifehistory )