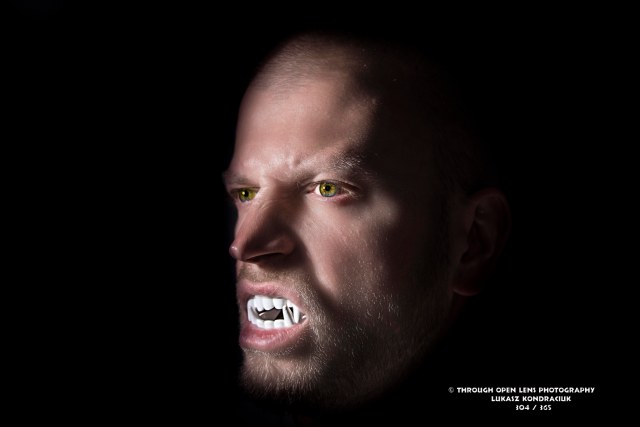 What’s it like to be kissed by a vampire?

It’s a pain in the neck.

Interesting Fact: The wearing of costumes at Halloween may come from the belief that supernatural beings, or the souls of the dead, roamed the earth at this time. The practice may have originated in a Celtic festival, held on 31 October–1 November, to mark the beginning of winter. It was called Samhain in Ireland, Scotland and the Isle of Man, and Calan Gaeaf in Wales, Cornwall and Brittany. The festival is believed to have pre-Christian roots. After the Christianization of Ireland in the 5th century, some of these customs may have been retained in the Christian observance of All Hallows’ Eve in that region—which continued to be called Samhain/Calan Gaeaf—blending the traditions of their ancestors with Christian ones.[2][3] It was seen as a liminal time, when the spirits or fairies (the Aos Sí), and the souls of the dead, could more easily come into our world.[4] It was believed that the Aos Sí needed to be propitiated to ensure that the people and their livestock survived the winter. ( https://en.wikipedia.org/wiki/Halloween_costume ) What did a Jack-o-lantern say to the pumpkin?

Interesting Fact: It is believed that the custom of making jack-o’-lanterns at Halloween, from turnips or pumpkins, began in Ireland.[5][6][7] In the 19th century, “turnips or mangel wurzels, hollowed out to act as lanterns and often carved with grotesque faces”, were used at Halloween in parts of Ireland and the Scottish Highlands.[8] In these Celtic-speaking regions, Halloween was also the festival of Samhain and was seen as a time when supernatural beings (the Aos Sí) and the souls of the dead roamed the earth. The belief that the souls of the dead roamed the earth at Halloween was found in other places, as well. ( https://en.wikipedia.org/wiki/Jack-o%27-lantern#Origin ) 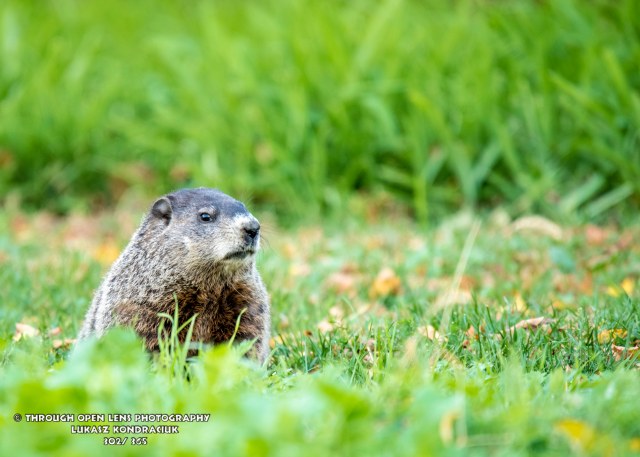 He would chuck, he would, as much as he could, and chuck as much wood as a woodchuck would if a woodchuck could chuck wood.

Interesting Fact: Groundhogs hibernate meaning they spend their winters sleeping.  They hibernate from October to late March. Groundhogs prepare for hibernation by putting on weight.  Then they live off the fat until they come out of hibernation. ( http://www.kidsplayandcreate.com/fun-groundhog-facts-and-groundhog-day-facts-for-kids/ ) What is the only time a man thinks about a candlelight dinner?
When the power goes off.
Interesting Fact: The earliest surviving candles originated in China around 200 BC, and were made from whale fat. European candles of antiquity were made from various forms of natural fat, tallow, and wax. In Ancient Rome, candles were made of tallow due to the prohibitive cost of beeswax.[5] It is possible that they also existed in Ancient Greece, but imprecise terminology makes it difficult to determine. ( https://en.wikipedia.org/wiki/Candle#History ) Interesting Fact: In prehistoric and historic time, Inuit peoples wore flattened walrus ivory “glasses,” looking through narrow slits to block harmful reflected rays of the sun. It is said that the Roman emperor Nero liked to watch gladiator fights with emeralds. These, however, appear to have worked rather like mirrors. Sunglasses made from flat panes of smoky quartz, which offered no corrective powers but did protect the eyes from glare were used in China in the 12th century or possibly earlier. Ancient documents describe the use of such crystal sunglasses by judges in ancient Chinese courts to conceal their facial expressions while questioning witnesses. ( https://en.wikipedia.org/wiki/Sunglasses#History ) How do you know someone’s a really good guitarist?

Interesting Fact: Before the development of the electric guitar and the use of synthetic materials, a guitar was defined as being an instrument having “a long, fretted neck, flat wooden soundboard, ribs, and a flat back, most often with incurved sides”.[1] The term is used to refer to a number of chordophones that were developed and used across Europe, beginning in the 12th century and, later, in the Americas.[2] A 3,300-year-old stone carving of a Hittite bard playing a stringed instrument is the oldest iconographic representation of a chordophone and clay plaques from Babylonia show people playing an instrument that has a strong resemblance to the guitar, indicating a possible Babylonian origin for the guitar. ( https://en.wikipedia.org/wiki/Guitar ) 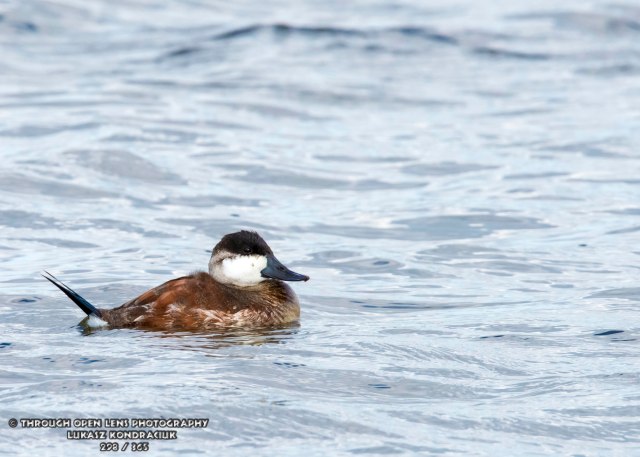 A man and a duck are walking down the street together. Suddenly the man notices a low-flying airplane coming right for them. The man yells “DUCK!!!!” and the duck looks back at the man with an angry face and yells “MAN!!!!”

Interesting Fact: Ruddy Ducks are very aggressive toward each other and toward other species, especially during the breeding season. They are even known to chase rabbits feeding on the shore. ( https://www.allaboutbirds.org/guide/Ruddy_Duck/lifehistory ) 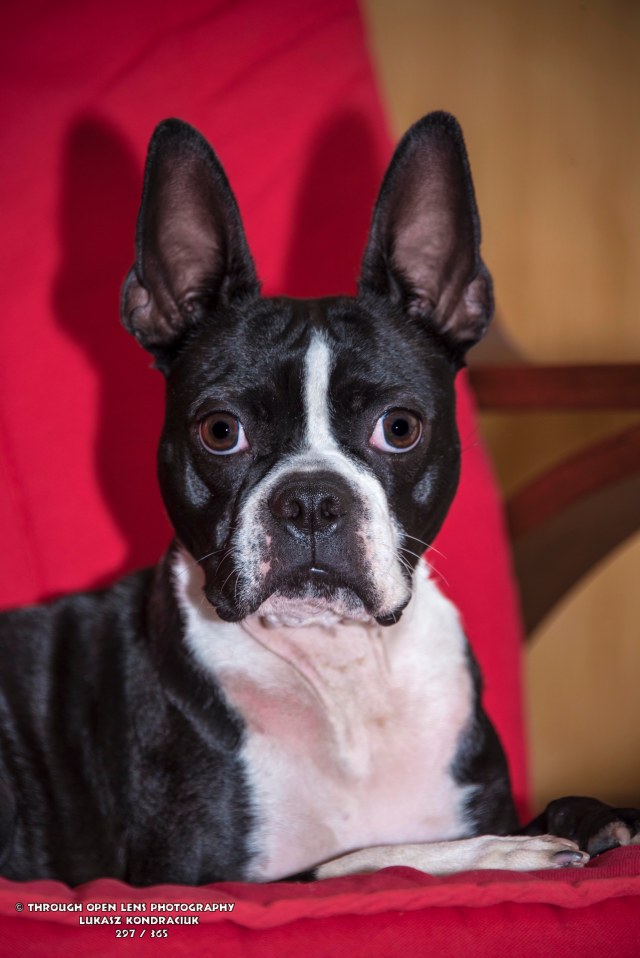 What does this dog and my phone have in common?

They both have collar I.D.

Interesting Fact: The Boston terrier breed originated around 1870, when Robert C. Hooper of Boston, purchased a dog, Judge from Edward Burnett known later as Hooper’s Judge, who was of a Bull and Terrier type lineage. Hooper’s Judge is either directly related to the original Bull and Terrier breeds of the 19th and early 20th centuries, or Judge is the result of modern English Bulldogs being crossed into terriers created in the 1860s for show purposes, like the White English Terrier. The American Kennel Club cites Hooper’s Judge as the ancestor of almost all true modern Boston Terriers. ( https://en.m.wikipedia.org/wiki/Boston_Terrier ) I’ve never understood the fashion industry, those people are so clothes minded.

Interesting Fact:  The first official Fashion Week started in 1943 in New York. Its main purpose was to distract the attention away from French fashion during World War II and kickstart the way for American designers. ( http://www.younghollywood.com/scene/15-amazing-fashion-facts.html ) 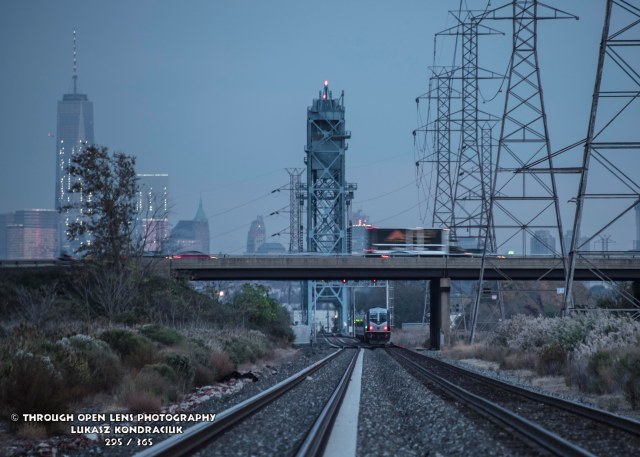 Why is the railroad angry?

Because people are always crossing it!

Interesting Fact: The streets of New York were very crowded in the late 1800s. Inventor Alfred Ely Beach wanted to build a train underground. The government said no. So, he built it in secret, digging out of the rented basement of an apartment store. His subway opened in 1870. ( http://easyscienceforkids.com/all-about-trains/ )