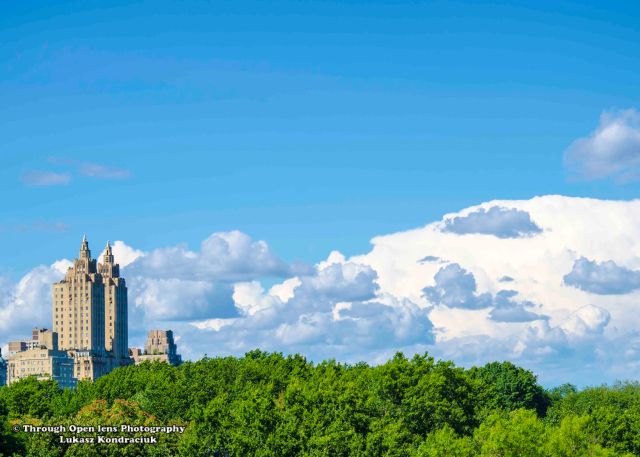 This arrogant young guy has recently started work at a construction site and ever since he started he’s been bragging that he could outdo anyone based on his superior strength. He’s been making fun of one of the older workmen in particular.

Eventually, the older worker has had enough and says, “Tell you what – why don’t you put your money where your mouth is? I’ll bet you a week’s wages that I can take something over to that other building in this wheelbarrow and you won’t be able to wheel it back.”

So the old guy grabs the wheelbarrow by the handles. Then, he nods to the young man as he says with a smile, “Alright. Get in.”

Interesting Fact: The building’s architect, Emery Roth, took advantage of new zoning regulations to build the first of New York’s twin towered apartment blocks.[8] Each of San Remo’s ten-story towers is topped with an English Baroque mansion in the manner of John Vanbrugh and capped with an homage to the Choragic Monument of Lysicrates. The Athenian monument was known to Roth from the reproduction that had featured in the World’s Columbian Exposition in Chicago, 1893. Roth also designed The Beresford and other landmark apartment houses and office blocks in New York. Construction began in 1929, weeks before the market crash initiated the Great Depression. The San Remo’s construction process took approximately two years. In 1940 both buildings were sold, for $25,000 over the existing mortgages. ( https://en.wikipedia.org/wiki/The_San_Remo#History )

Central park in NYC is an amazing place and you can always find something going on. This time we stumbled upon senior dancers who seemed to have so much fun and so much energy.  Hats off to them!  They can easily out dance me in a battle dancing competition. 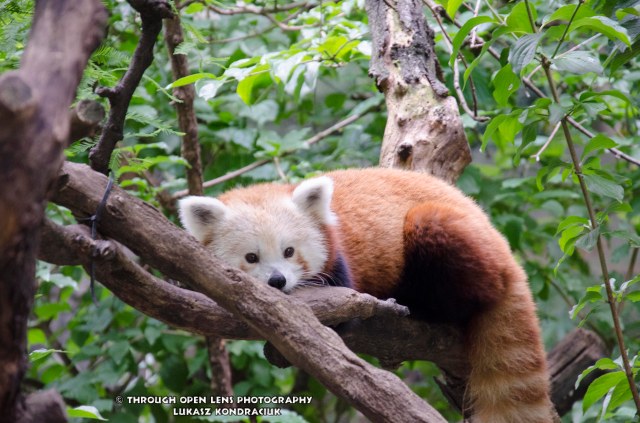 I have to say this Red Panda has the right idea, lay down and enjoy yourself after a hard week of work.  Although, I don’t think you should use the tree, it might be a little bit uncomfortable.  But after all, weekend is here, go grab yourself a beer! I almost forgot, this is a Red Panda from Central Park Zoo, it’s so cute I would like to take it home. Enjoy the weekend and the photo.

Interesting Fact:  Although the red panda is sometimes called the lesser panda, it is actually the original panda. Westerners discovered it in 1825, nearly 50 years before the giant panda.  ( http://www.centralparkzoo.com/animals-and-exhibits/animals/mammals/red-panda.aspx )

It looks like the tree is on fire, but it is not. The clouds and the sun created this cool effect.