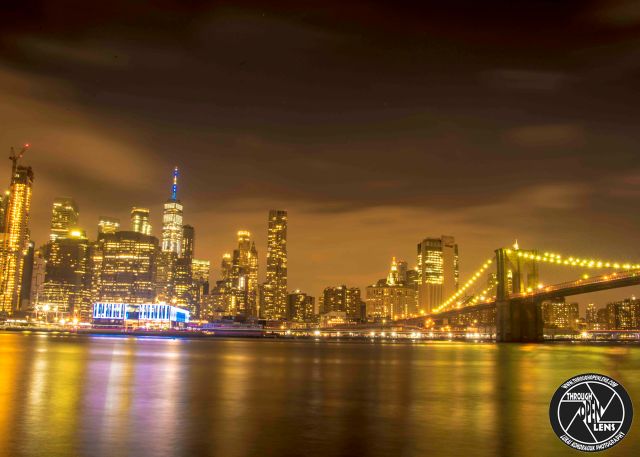 What did daddy spider say to baby spider?

You spend too much time on the web.

Interesting Fact:  The area that is now Manhattan was long inhabited by the LenapeNative Americans. In 1524, Florentine explorer Giovanni da Verrazzano – sailing in service of King Francis I of France – became the first documented European to visit the area that would become New York City. He entered the tidal strait now known as The Narrows and named the land around Upper New York Harbor“New Angoulême“, in reference to the family name of King Francis I that was derived from Angoulême in France; he sailed far enough into the harbor to sight the Hudson River, which he referred to in his report to the French king as a “very big river”; and he named the Bay of Santa Margarita – what is now Upper New York Bay – after Marguerite de Navarre, the elder sister of the king. ( https://en.wikipedia.org/wiki/Manhattan )

What did one flag say to the other flag?

Nothing. It just waved.

Interesting Fact: Thomas Jefferson changed the wording of the Declaration of Independence from “the pursuit of property” to “the pursuit of happiness.” ( http://list25.com/25-fun-facts-about-4th-of-july-that-will-make-you-want-to-celebrate/ )

A couple had lived together in the backwoods for over fifty years.

To celebrate their fiftieth anniversary, he took her to a large city and they checked into a plush hotel.

She said to the bellman, “We refuse to settle for such a small room. No windows, no bed, and no air conditioning.”

“But, madam!”, replied the bellman.

“Don’t ‘But madam’ me,” she continued. “You can’t treat us like we’re a couple of fools just because we don’t travel much, and we’ve never been to the big city, and never spent the night at a hotel. I’m going to complain to the manager.”

“Madam,” the bellman said, “this isn’t your room; this is the elevator!”

Interesting Fact: The name “Manhattan” derives from the word Manna-hata, as written in the 1609 logbook of Robert Juet, an officer on Henry Hudson‘s yacht Halve Maen (Half Moon).[35] A 1610 map depicts the name as Manna-hata, twice, on both the west and east sides of the Mauritius River (later named the Hudson River). The word “Manhattan” has been translated as “island of many hills” from the Lenape language.[36] The United States Postal Service prefers that mail addressed to Manhattan use “New York, NY” rather than “Manhattan, NY”.[

This arrogant young guy has recently started work at a construction site and ever since he started he’s been bragging that he could outdo anyone based on his superior strength. He’s been making fun of one of the older workmen in particular.

Eventually, the older worker has had enough and says, “Tell you what – why don’t you put your money where your mouth is? I’ll bet you a week’s wages that I can take something over to that other building in this wheelbarrow and you won’t be able to wheel it back.”

So the old guy grabs the wheelbarrow by the handles. Then, he nods to the young man as he says with a smile, “Alright. Get in.”

Interesting Fact: The building’s architect, Emery Roth, took advantage of new zoning regulations to build the first of New York’s twin towered apartment blocks.[8] Each of San Remo’s ten-story towers is topped with an English Baroque mansion in the manner of John Vanbrugh and capped with an homage to the Choragic Monument of Lysicrates. The Athenian monument was known to Roth from the reproduction that had featured in the World’s Columbian Exposition in Chicago, 1893. Roth also designed The Beresford and other landmark apartment houses and office blocks in New York. Construction began in 1929, weeks before the market crash initiated the Great Depression. The San Remo’s construction process took approximately two years. In 1940 both buildings were sold, for $25,000 over the existing mortgages. ( https://en.wikipedia.org/wiki/The_San_Remo#History ) Interesting Fact: The High Line (also known as the High Line Park) is a 1.45-mile-long (2.33 km) New York City linear park built in Manhattan on an elevated section of a disused New York Central Railroad spur called the West Side Line.[1] Inspired by the 3-mile (4.8-kilometer) Promenade plantée (tree-lined walkway), a similar project in Paris completed in 1993, the High Line has been redesigned and planted as an aerial greenway and rails-to-trails park. (

“Here in New York City they are converting telephone booths into Wi-Fi hot spots. Because we have very few phone booths left, Clark Kent — Superman — has to use the men’s room at Starbucks.” –David Letterman

Interesting Fact: Its originally planned name was International Music Hall.[3] The names “Radio City” and “Radio City Music Hall” derive from one of the complex’s first tenants, the Radio Corporation of America. Radio City Music Hall was a project of Rockefeller; Samuel Roxy Rothafel, who previously opened the Roxy Theatre in 1927; and RCA chairman David Sarnoff. RCA had developed numerous studios for NBC at 30 Rockefeller Plaza, just to the south of the Music Hall, and the radio-TV complex that lent the Music Hall its name is still known as the NBC Radio City Studios.  ( https://en.wikipedia.org/wiki/Radio_City_Music_Hall#History )

New York City knows one speed and it is Fast Forward. ( well sometimes you see cab drivers going in reverse ) HaHa. Let me change that, this city speed is mostly forward. 🙂

Interesting Fact:  New York City has more people than 39 of the 50 states in the U.S. ( http://www.buzzfeed.com/mjs538/60-facts-that-will-make-nyc-feel-like-a-whole-new-place )

As the sun is setting, it shines on the skyline of Manhattan. It is worth it to stick around and experience the colors.

Interesting Fact: On May 24, 1626 Algonquin Indian tribe sold island of Manhattan to a Dutch explorer Peter Minuit for about 24 dollars (or $680 today) worth of trinkets and tools.