What Does it Mean If You Were Born In September?

That your parents started the new year with a BANG!

Interesting Fact: During the Middle Ages in Western Europe, while the Julian calendar was still in use, authorities moved New Year’s Day, depending upon locale, to one of several other days, including March 1, March 25, Easter, September 1, and December 25. Beginning in 1582, the adoptions of the Gregorian calendar has meant that many national or local dates in the Western World and beyond have changed to using one fixed date for New Year’s Day, January 1. ( New Year – Wikipedia )

What Do You Call A Person Who Can’t Flip Pancakes?

Interesting Fact:Eduardo Kobra (born January 1, 1976) is a Brazilian street artist. He is notable for painting murals, usually depicting portraits with a technique of repeating squares and triangles. Kobra utilizes bright colors and bold lines while staying true to a kaleidoscope theme throughout his art. ( https://en.wikipedia.org/wiki/Eduardo_Kobra ) 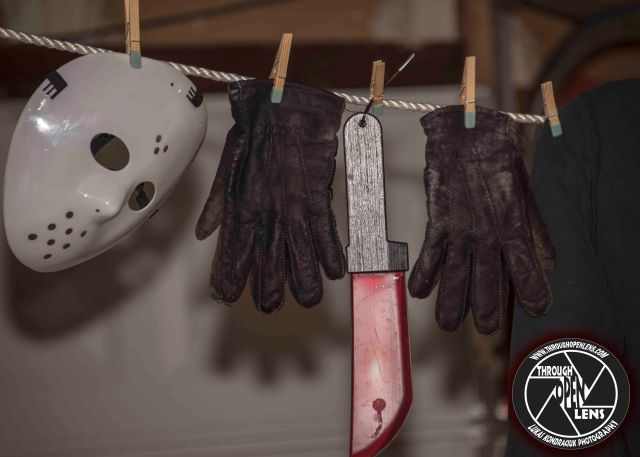 Have A Killer Weekend!

What song does Jason Voorhees sing on Friday the 13th?

The fear of the number 13 has been given a scientific name: “triskaidekaphobia“; and on analogy to this the fear of Friday the 13th is called paraskevidekatriaphobia, from the Greek words Paraskeví (Παρασκευή, meaning “Friday”), and dekatreís (δεκατρείς, meaning “thirteen”).[4]The Last Supper by Leonardo da Vinci

The superstition surrounding this day may have arisen in the Middle Ages, “originating from the story of Jesus’ last supper and crucifixion” in which there were 13 individuals present in the Upper Room on the 13th of Nisan Maundy Thursday, the night before his death on Good Friday.[5][6] While there is evidence of both Friday[7] and the number 13 being considered unlucky, there is no record of the two items being referred to as especially unlucky in conjunction before the 19th century. ( https://en.wikipedia.org/wiki/Friday_the_13th )

Interesting Fact: Color photography is almost as old as black-and-white, with early experiments including John Herschel‘s Anthotype prints in 1842, the pioneering work of Louis Ducos du Hauron in the 1860s, and the Lippmann process unveiled in 1891, but for many years color photography remained little more than a laboratory curiosity. It first became a widespread commercial reality with the introduction of Autochrome plates in 1907, but the plates were very expensive and not suitable for casual snapshot-taking with hand-held cameras. The mid-1930s saw the introduction of Kodachrome and Agfacolor Neu, the first easy-to-use color films of the modern multi-layer chromogenic type. These early processes produced transparencies for use in slide projectors and viewing devices, but color prints became increasingly popular after the introduction of chromogenic color print paper in the 1940s. The needs of the motion picture industry generated a number of special processes and systems, perhaps the best-known being the now-obsolete three-strip Technicolor process. ( https://en.wikipedia.org/wiki/Photograph#History ) 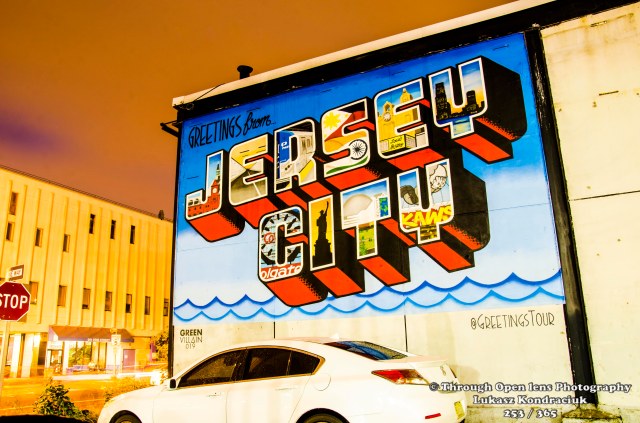 What did the painter say to the wall?

One more crack like that and I’ll plaster ya.

Interesting Fact: The land comprising what is now Jersey City was inhabited by the Lenape, a collection of tribes (later called Delaware Indian). In 1609, Henry Hudson, seeking an alternate route to East Asia, anchored his small vessel Halve Maen (English: Half Moon) at Sandy Hook, Harsimus Cove and Weehawken Cove, and elsewhere along what was later named the North River. After spending nine days surveying the area and meeting its inhabitants, he sailed as far north as Albany. By 1621, the Dutch West India Company was organized to manage this new territory and in June 1623, New Netherland became a Dutch province, with headquarters in New Amsterdam. Michael Reyniersz Pauw received a land grant as patroon on the condition that he would establish a settlement of not fewer than fifty persons within four years. He chose the west bank of the North River (Hudson River) and purchased the land from the Lenape. This grant is dated November 22, 1630 and is the earliest known conveyance for what are now Hoboken and Jersey City. Pauw, however, was an absentee landlord who neglected to populate the area and was obliged to sell his holdings back to the Company in 1633.[29] That year, a house was built at Communipaw for Jan Evertsen Bout, superintendent of the colony, which had been named Pavonia (the Latinized form of Pauw’s name, which means peacock).[30] Shortly after, another house was built at Harsimus Cove and became the home of Cornelius Van Vorst, who had succeeded Bout as superintendent, and whose family would become influential in the development of the city. Relations with the Lenape deteriorated, in part because of the colonialist’s mismanagement and misunderstanding of the indigenous people, and led to series of raids and reprisals and the virtual destruction of the settlement on the west bank. During Kieft’s War, approximately eighty Lenapes were killed by the Dutch in a massacre at Pavonia on the night of February 25, 1643. ( https://en.wikipedia.org/wiki/Jersey_City,_New_Jersey#Lenape_and_New_Netherland ) 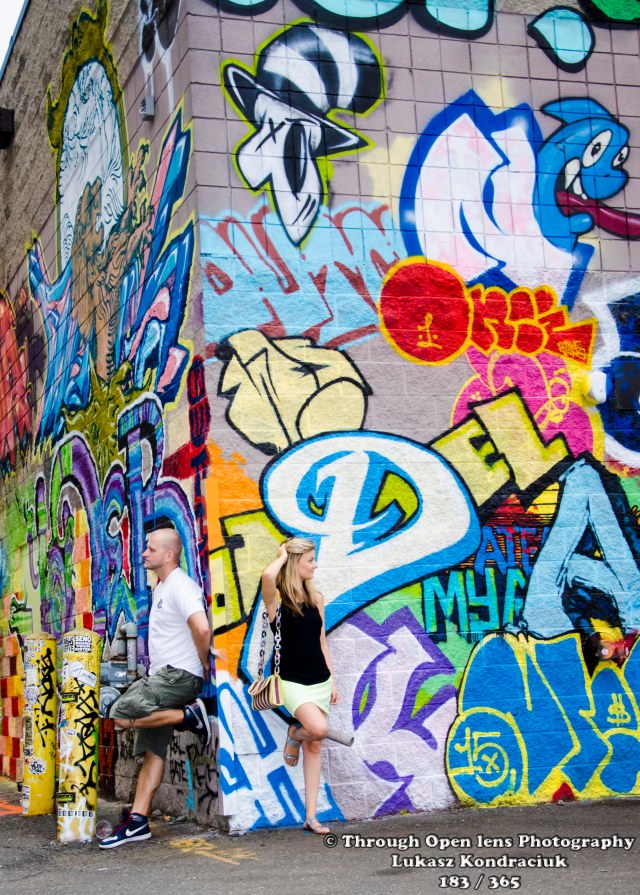 They say a picture is worth a thousand words, yet the guy at the gallery wouldn’t trade me that painting for my newspaper.

Interesting Fact: The Longest Graffiti Scroll was created in Pakistan on the 3rd March 2012 and it measured 1,924 metres in length, and took 274 people to complete. This is an official record and can be found in the Guinness World Record . 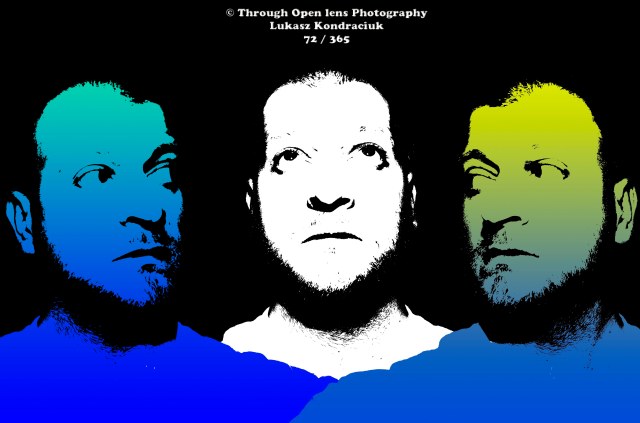 Interesting Fact: Over 90% of the world’s creative professionals use Photoshop. ( http://www.adobe.com/company/fast-facts.html )

I came across one of the PAWN Art Work.  Pawn is a muralist residing in Jersey City that specializes in freehand aerosol graffiti and street art themed work. For nearly 15 years, Pawn has been mastering his craft. Pursuing his passion to leave behind a body of work that the public can freely view, enjoy, and gain inspiration from.  ( http://www.pawnmd.com )

Interesting Fact: The word graffiti comes from the Greek word ‘graphein’ which means ‘to write’. Graffiti was first found on ancient Roman architecture, although back in them days there was no such thing as spray paint, they calved images out on walls. ( http://www.thefactsite.com/2009/10/facts-about-graffiti.html )