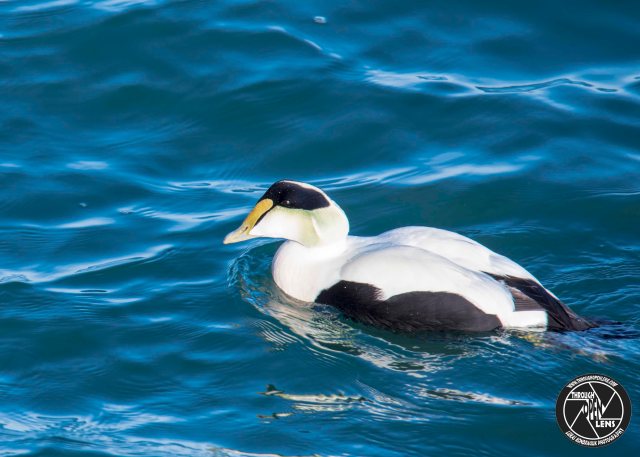 You tap on the glass to get their attention.

Interesting Facts: Common Eiders appear to be monogamous, though males will display to females other than their primary partner. Pairs sometimes reunite in consecutive seasons. During periods of calm weather in autumn, males begin to display, both singly and in groups, tossing their heads, stretching their necks, and flapping their wings while keeping up a soft cooing. Pairs often copulate during fall and winter, well outside of the nesting season. ( Common Eider Life History, All About Birds, Cornell Lab of Ornithology )