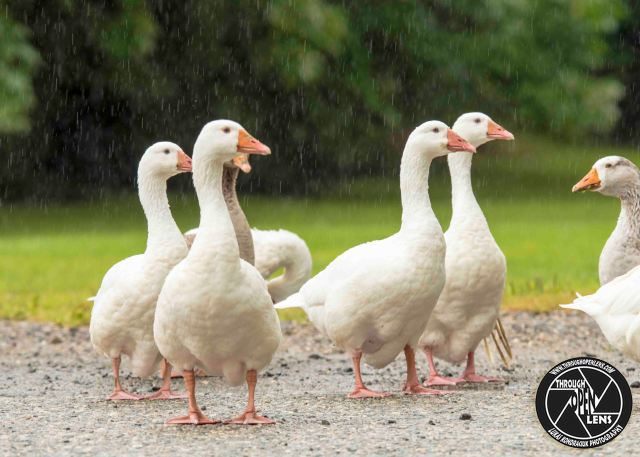 Which two letters in the alphabet are always jealous?

Interesting Fact: In Europe, northern Africa, and western Asia, the original domesticated geese are derived from the greylag goose Anser anser. In eastern Asia, the original domesticated geese are derived from the swan goose Anser cygnoides; these are commonly known as Chinese geese. Both have been widely introduced in more recent times, and modern flocks in both areas (and elsewhere, such as Australia and North America) may consist of either species, and/or hybrids between them. Chinese geese may be readily distinguished from European geese by the large knob at the base of the bill, though hybrids may exhibit every degree of variation between them. ( https://en.m.wikipedia.org/wiki/Domestic_goose )