What’s the difference between a guitar and a fish?

Interesting Fact: Starlings turn from spotted and white to glossy and dark each year without shedding their feathers. The new feathers they grow in fall have bold white tips – that’s what gives them their spots. By spring, these tips have worn away, and the rest of the feather is dark and iridescent brown. It’s an unusual changing act that scientists term “wear molt.” ( https://www.allaboutbirds.org/guide/European_Starling/lifehistory ) 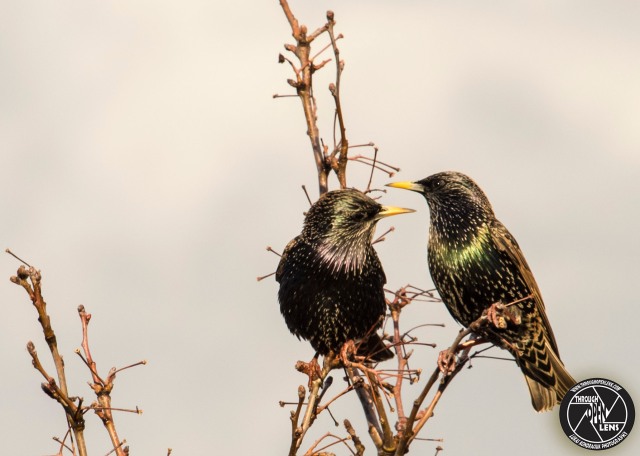 Never catch snowflakes with your tongue until all the birds have gone south for the winter.

Interesting Fact: All the European Starlings in North America descended from 100 birds set loose in New York’s Central Park in the early 1890s. The birds were intentionally released by a group who wanted America to have all the birds that Shakespeare ever mentioned. It took several tries, but eventually the population took off. Today, more than 200 million European Starlings range from Alaska to Mexico, and many people consider them pests.  ( https://www.allaboutbirds.org/guide/European_Starling/lifehistory )

“That car looks clean, it is time to piss off the owner.”

A pirate strolls into his favorite bar and the bartender says, “Whoa, dude, what happened to you?”
The pirate says, “What do you mean?”
The bartender says, “Well, for starters, you never used to have a peg leg.”
“Oh, that,” replies the pirate. ” Well, you see, we had a sea battle and a cannon ball blew off my leg. But the ship’s surgeon fixed me up with this peg leg and I’m as good as new.”
“Well, what about the hook?” asks the barkeep.
“We had another sea battle and some guy lopped off my hand,” the pirate explains, “but the ship’s surgeon fixed me up with this hook and now I’m as good as new!”
“What about the eye patch?” asks the bartender.
“One day I was on the top mast keeping watch,” says the pirate, “when an bird flew over and pooped in my eye.”
The bartender is incredulous. “You mean to tell me that bird poop will put out your eye?”
“Well,” the pirate explained, “this happened shortly after I got the hook.”