What did one eyeball say to the other eyeball?

Between you and me something smells.

Interesting Fact: A Pileated Woodpecker pair stays together on its territory all year round. It will defend the territory in all seasons, but will tolerate new arrivals during the winter. ( https://www.allaboutbirds.org/guide/Pileated_Woodpecker/lifehistory )

What does a house wear?

Interesting Fact: Pileated Woodpeckers forage in large, dead wood—standing dead trees, stumps, or logs lying on the forest floor. They make impressive rectangular excavations that can be a foot or more long and go deep inside the wood. These holes pursue the tunnels of carpenter ants, the woodpecker’s primary food. ( Pileated Woodpecker Life History, All About Birds, Cornell Lab of Ornithology )

The first man goes into the bedroom. He comes out ten minutes later and says, “Heck. My wife is better than that.”

The second man goes in. He comes out ten minutes later and says, “You know? Your wife IS better.”

Interesting Fact: The Pileated Woodpecker prefers large trees for nesting. In young forests, it will use any large trees remaining from before the forest was cut. Because these trees are larger than the rest of the forest, they present a lightning hazard to the nesting birds. ( https://www.allaboutbirds.org/guide/Pileated_Woodpecker  ) 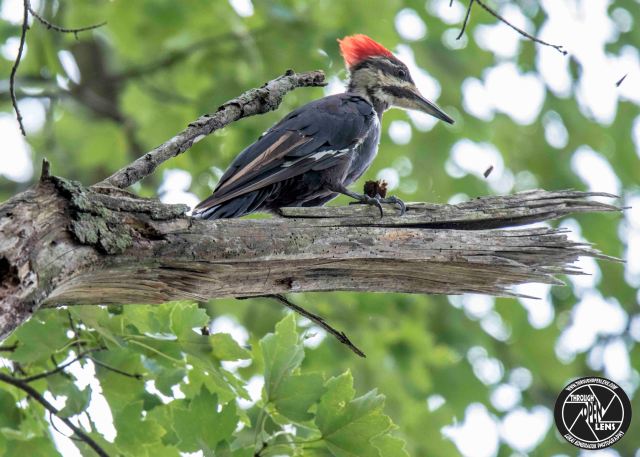 When is it bad luck to be followed by a black cat?

When you’re a mouse.

Interesting Fact: When hammering into this soft wood, Pileated Woodpeckers use their long necks to pull far back from the tree, then make powerful strikes with their heavy bills, pulling with their feet to increase the strength of the blow. The sound is often audible as a heavy thunk, and large chips of wood collect on the ground below. ( https://www.allaboutbirds.org/guide/Pileated_Woodpecker/lifehistory )

Why do mummies make great spies?

Interesting Fact: Pileated Woodpeckers forage in large, dead wood—standing dead trees, stumps, or logs lying on the forest floor. They make impressive rectangular excavations that can be a foot or more long and go deep inside the wood. These holes pursue the tunnels of carpenter ants, the woodpecker’s primary food. The birds also use their long, barbed tongues to extract woodboring beetle larvae (which can be more than an inch long) or termites lying deep in the wood. ( https://www.allaboutbirds.org/guide/Pileated_Woodpecker/lifehistory ) 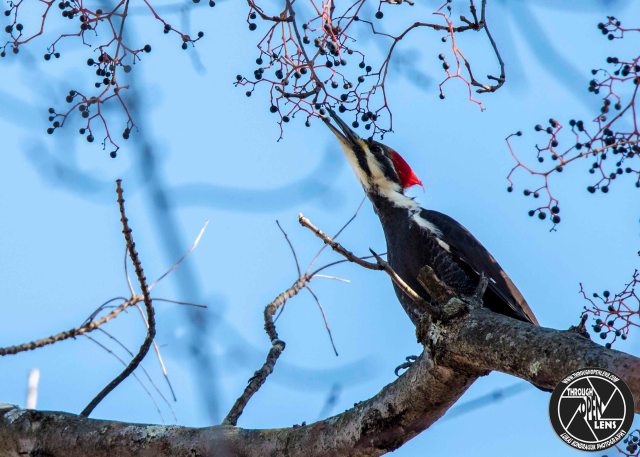 How are a husband and a cat similar when it comes to housework?

They both hide when they see the vacuum cleaner.

Interesting Fact: The feeding excavations of a Pileated Woodpecker are so extensive that they often attract other birds. Other woodpeckers, as well as House Wrens, may come and feed there. ( https://www.allaboutbirds.org/guide/Pileated_Woodpecker )

It was Christmas and the judge was in a merry mood as he asked the prisoner, ” What are you charged with? ”

“That’s no offense”, said the judge. “How early were you doing this shopping?”

“Before the store opened.”

Interesting Fact: The custom of giving gifts to relatives and friends on a special day in winter probably began in ancient Rome and northern Europe. In these regions, people gave each other small presents as part of their year-end celebrations. In the United States and England, children hang stockings on their bedpost or near a fireplace on Christmas Eve, hoping that it will be filled with treats while they sleep. In Scandinavia, similar-minded children leave their shoes on the hearth. This tradition can be traced to legends about Saint Nicholas. One legend tells of three poor sisters who could not marry because they had no money for a dowry. To save them from being sold by their father, St. Nick left each of the three sisters gifts of gold coins. One went down the chimney and landed in a pair of shoes that had been left on the hearth. Another went into a window and into a pair of stockings left hanging by the fire to dry.  No one was really in the habit of exchanging elaborate gifts until late in the 1800s. The Santa Claus stories of giving gifts to good children, combined with an amazing retailing phenomenon that has grown since the turn of the century, has made gift giving a central focus of the Christmas tradition. ( http://www.thehistoryofchristmas.com/trivia/gifts.htm )

I hope you found your Valentine.

Interesting Fact:  In the Middle Ages, young men and women drew names from a bowl to see who would be their Valentine. They would wear this name pinned onto their sleeves for one week for everyone to see. This was the origin of the expression “to wear your heart on your sleeve.” ( http://list25.com/25-interesting-facts-valentines-day/2/ ) 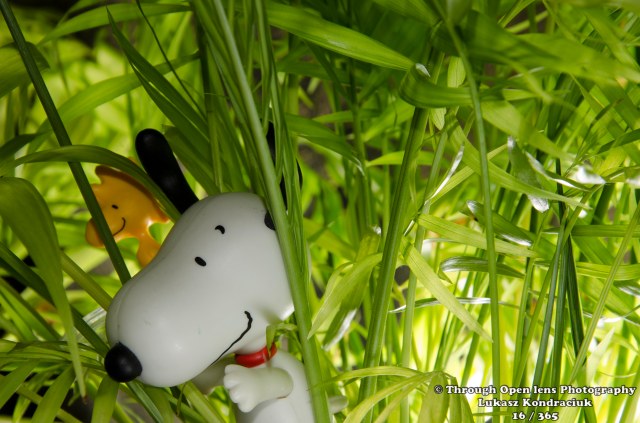 Interesting Fact: Snoopy was patterned after a dog Schulz had when he was 13 years old. His name was Spike. He was sporting the same colors Snoopy has — black and white — but was a mixed breed of “a little pointer and some other kind of hound.” ( http://www.abs-cbnnews.com/lifestyle/10/05/14/5-facts-you-probably-didnt-know-about-snoopy )