“Doctor doctor I feel that Im a pack of card. What can I do ?”

Doctor: “I deal with you later.”

Interesting Fact: Downy Woodpeckers have the undulating flight pattern typical of many woodpecker species, alternating quick wingbeats with folding the wings against the body. When having a dispute with another bird, Downy Woodpeckers fan their tails, raise their head feathers, and jerk their beaks from side to side. In spring you may see courtship displays in which males and females fly between trees with slow, fluttering wingbeats that look almost butterfly-like. ( https://www.allaboutbirds.org/guide/Downy_Woodpecker/lifehistory ) 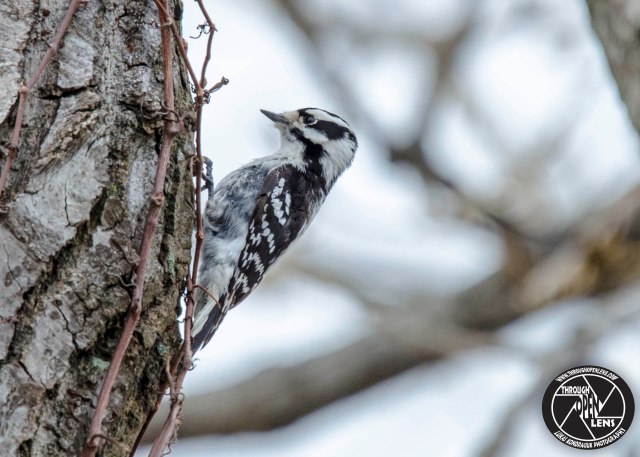 There are three guys in a helicopter and they each get to choose what they want to throw out.

The first guys chooses an apple. So he takes an apple and throws it out.

The second guy chooses a brick. So he takes a brick and throws it out.

The third guy chooses a grenade. So he pulls the pin and throws it out.

They land a while later and are walking along when they find a man rubbing his head.

They ask, “What happened to you?”

He answers, “An apple hit me on the head.”

They’re walking along again and find a man lying unconscious on the ground.

They ask the cop, “What happened to him?”

He answers, “A brick hit him on the head.”

They’re walking again, when they find a man laughing hysterically.

They ask, “What happened to you?”

He answers, “I farted and the house blew up behind me!”

Interesting Fact: In winter Downy Woodpeckers are frequent members of mixed species flocks. Advantages of flocking include having to spend less time watching out for predators and better luck finding food from having other birds around. ( https://www.allaboutbirds.org/guide/Downy_Woodpecker/lifehistory )

What’s the problem with twin witches?

You never know which witch is which.

Interesting Fact: Downy Woodpeckers nest in dead trees or in dead parts of live trees. They typically choose a small stub (averaging around 7 inches in diameter) that leans away from the vertical, and place the entrance hole on the underside. Nest trees are often deciduous and the wood is often infected with a fungus that softens the wood, making excavating easier. ( https://www.allaboutbirds.org/guide/Downy_Woodpecker/lifehistory )

Teacher: Bob please point to America on the map.

Interesting Fact: Woodpeckers don’t sing songs, but they drum loudly against pieces of wood or metal to achieve the same effect. People sometimes think this drumming is part of the birds’ feeding habits, but it isn’t. In fact, feeding birds make surprisingly little noise even when they’re digging vigorously into wood. ( http://www.allaboutbirds.org/guide/downy_woodpecker/lifehistory ) 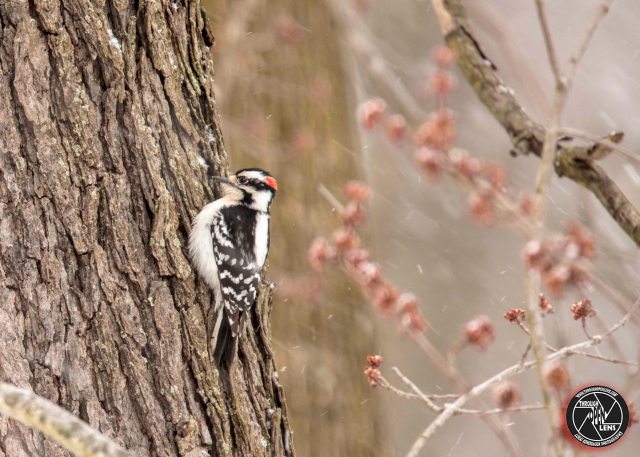 What do snowmen eat for breakfast?

Interesting Fact: An active woodpecker that moves quickly over tree trunks, branches, and stems of grasses and wildflowers, characteristically leaning against its stiffened tail feathers for support. Downy Woodpeckers move horizontally and downwards on trees much more readily than most other woodpeckers. You may also see them perched atop tall weeds such as goldenrod in late summer, hammering away at a plant gall to get at the larva inside. Occasionally hops on the ground for food.  ( https://www.allaboutbirds.org/guide/Downy_Woodpecker/lifehistory )

What is harder to catch the faster you run?

Interesting Fact: An active woodpecker that moves quickly over tree trunks, branches, and stems of grasses and wildflowers, characteristically leaning against its stiffened tail feathers for support. Downy Woodpeckers move horizontally and downwards on trees much more readily than most other woodpeckers. ( Downy Woodpecker Life History, All About Birds, Cornell Lab of Ornithology ) 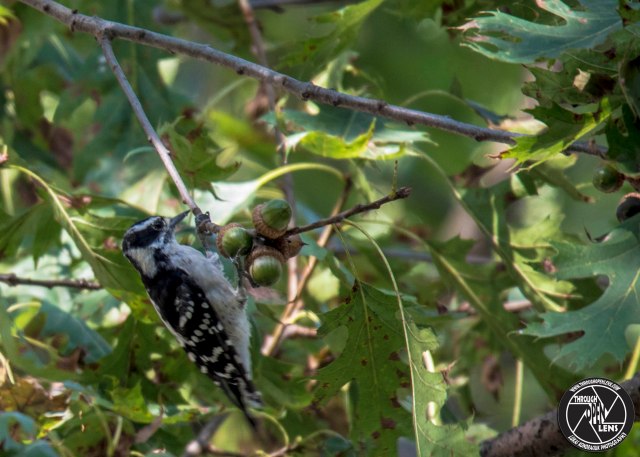 What is the difference between beer nuts and deer nuts?

Beer nuts cost a buck twenty-five. Deer nuts are under a buck!

Interesting Fact: Downy Woodpeckers eat mainly insects, including beetle larvae that live inside wood or tree bark as well as ants and caterpillars. They eat pest insects including corn earworm, tent caterpillars, bark beetles, and apple borers. About a quarter of their diet consists of plant material, particularly berries, acorns, and grains. ( https://www.allaboutbirds.org/guide/Downy_Woodpecker/lifehistory ) 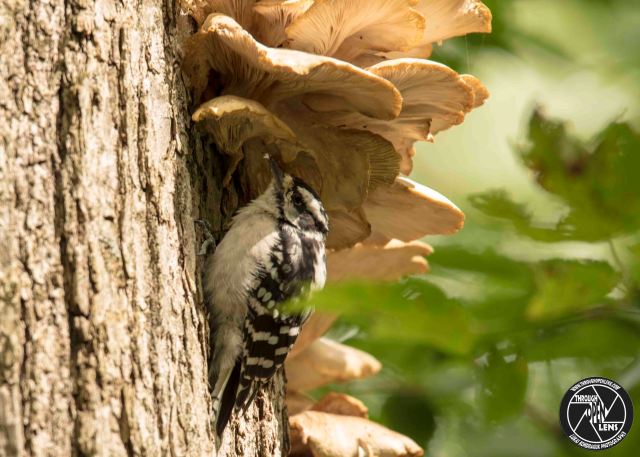 What did the salad say to the fridge?

Interesting Fact: Both male and female excavate the nest hole, a job that takes 1 to 3 weeks. Entrance holes are round and 1-1.5 inches across. Cavities are 6-12 inches deep and widen toward the bottom to make room for eggs and the incubating bird. The cavity is lined only with wood chips. ( https://www.allaboutbirds.org/guide/Downy_Woodpecker/lifehistory )